“Carefully making sake for local people to drink on a daily basis.“ 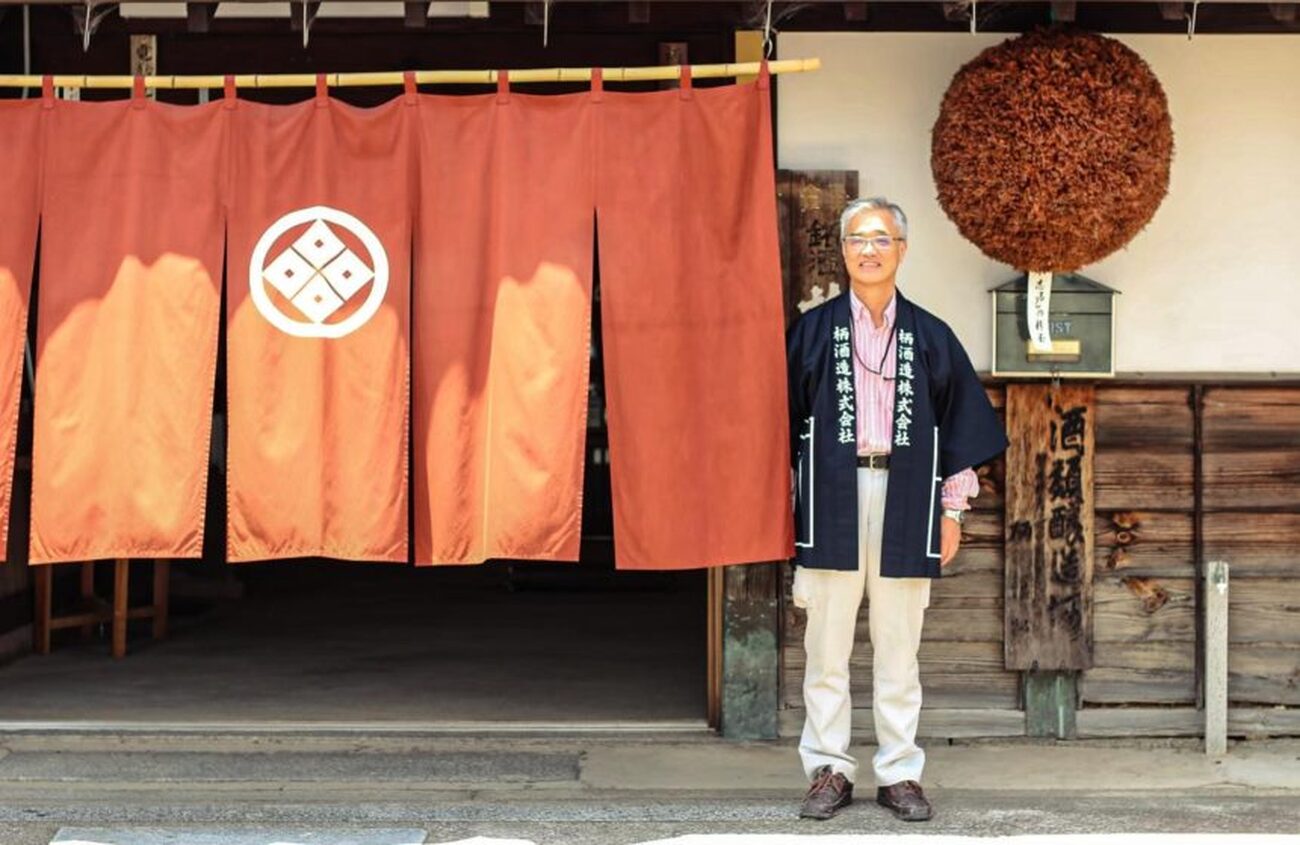 There are a total of ten sake breweries in Higashihiroshima City, Hiroshima Prefecture: seven in Saijo Town, two in Akitsu Town, and one in Kurose Town.
This time, we interviewed Mr. Nobuyuki Tsuka, president of the Tsukasyuzou( Sake Brewery )in Akitsu-cho.

The town of Akitsu is located in the Seto Inland Sea. It is now famous for its oysters, but at one time, the town produced more than 300 master brewers. It is said that more than 2,000 master brewers and kuramoto (sake brewers) from all over Japan to learn the art of sake brewing at Akitsu. At that time, most of the men in Akitsu had experience in sake brewing.

In a town that has produced many master brewers, it is important for Tsukasyuzou to carefully produce sake that local people can enjoy drinking on a daily basis.

He wants to make sake that will make brewers traveling from Akitsu to other parts of Japan satisfied when drinking Akitsu sake.
He does not expect that people saying, "Is this the quality of sake from my hometown, Akitsu?” 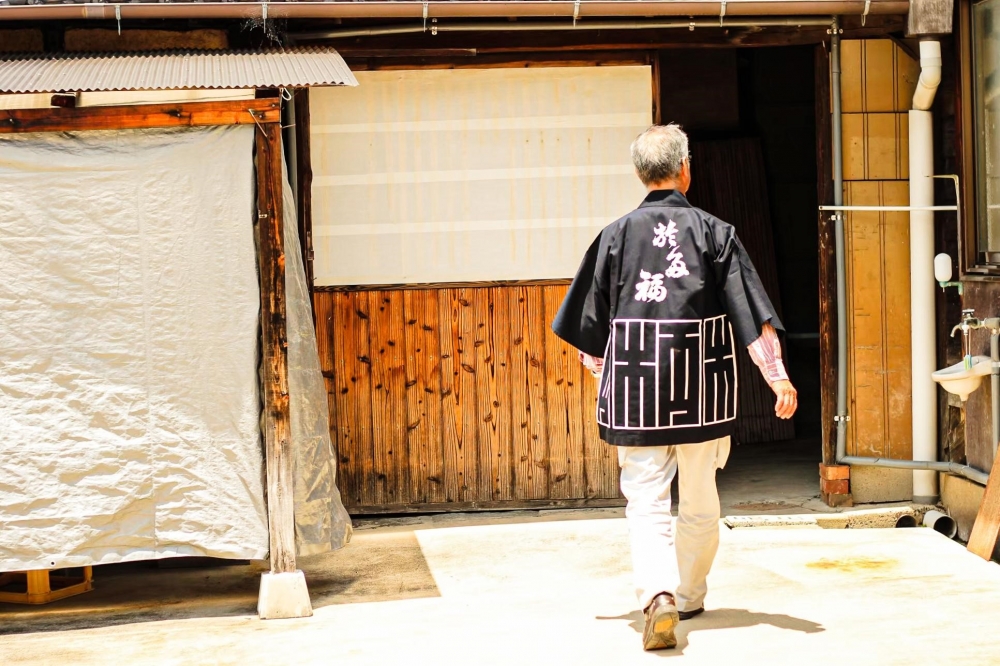 At the age of 27, he returned to Akitsu and started working at a sake brewery. At that time, there were five liquor stores in Akitsu, but now only two. He says that the way of making sake has also changed dramatically. Compared to the past, various types of sake are now being made to suit individual tastes.

In response to this change, he says, "As a manufacturer, it's more interesting to work in a time when people are demanding different kinds of products."

In fact, he is a licensed first-class architect.
The story goes back to his childhood. 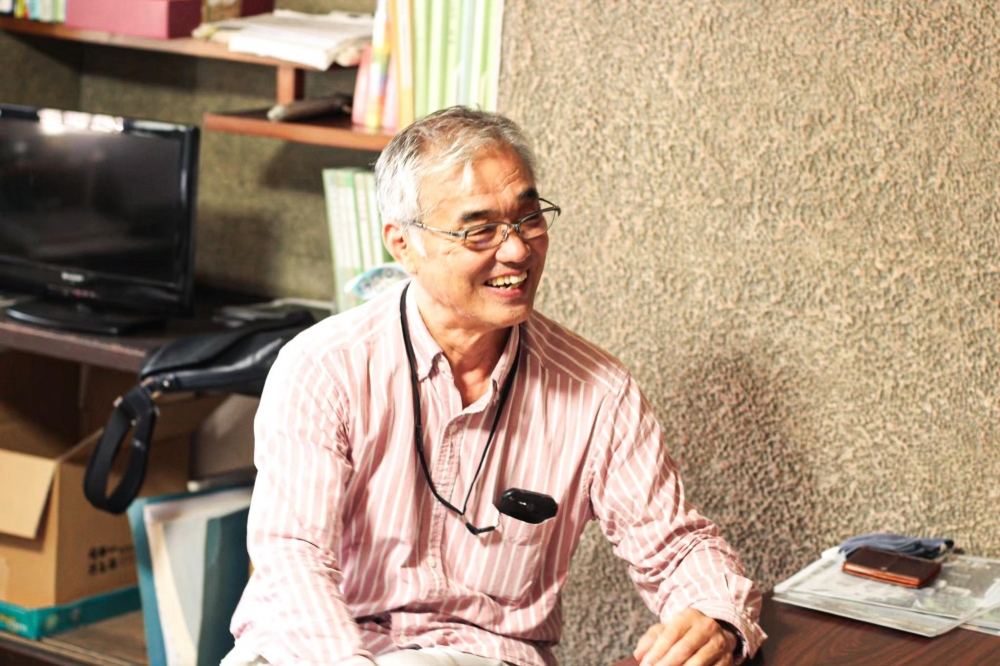 From a young age, he loved to build and take things apart, and his mother used to get angry with him for breaking things. He likes to spend time immersed in making things because there are many things that cannot go well. This is also related to his own way of dealing with Sake.

What is the best sake for myself ?, he questioned himself.
There was a time when he thought Sake with gorgeous aroma was good, but on another day, thought that Sake with spreading over in mouth was good, and there was also a time when he thought sake that could be drunk quickly was good. He seems to have been searching for an answer, but enjoying the fact that there is no answer.

The Tsuka syuzou was severely damaged by the 2018 torrential rains in western Japan. Immediately after the disaster, he almost gave up on continuing to brew sake because of the extent of damage.

At that time, the brewery was supported by local volunteer people. Now that two years have passed since the disaster, Mr. Tsuka says that he would like to cherish the relationships with people once again and continue to search for the best sake in his opinion.

【The person who wrote this article】Ayumi Sato 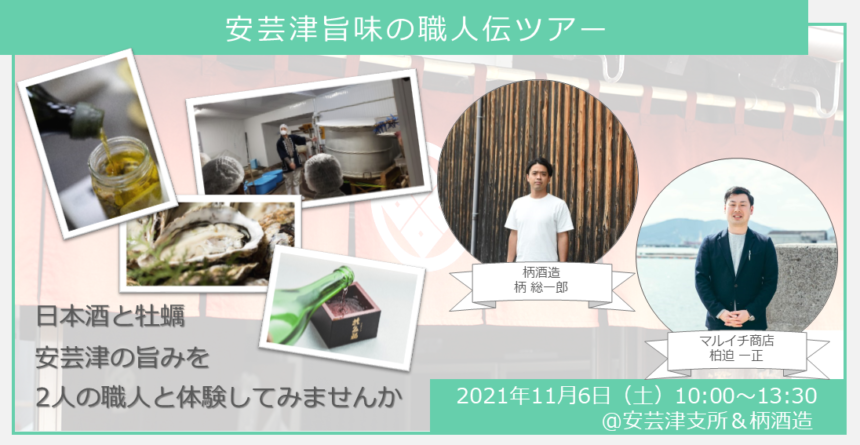